Thank you for requesting your free quote from Bennett Land Surveying.
A member of our team will be in touch.

Bennett Land Surveying is comprised of an experienced team of well reviewed land surveyors with over six decades of cumulative experience. Contact us to get these trusted land surveyors working on your residential, recreational and commercial needs in offices in Vancouver, Surrey, Gibsons/Sunshine Coast, Squamish, Nanaimo, Mission, Kelowna, Maple Ridge, BC.  and beyond. 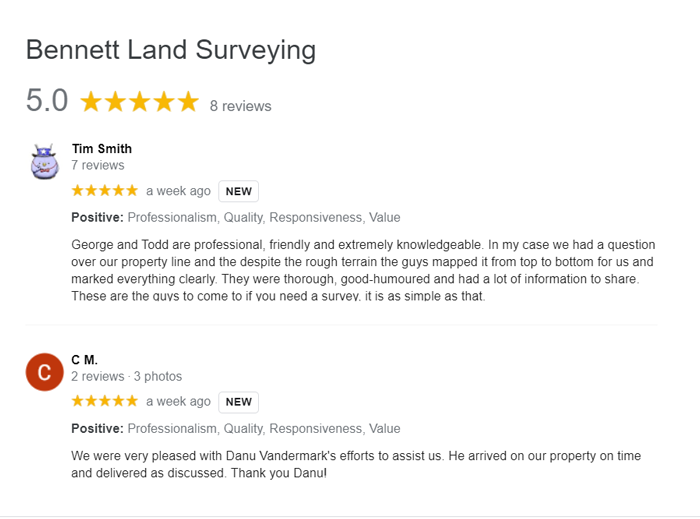 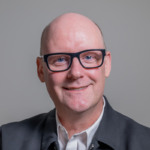 Patrick Korabek has been with Bennett Land Surveying Ltd for over 25 years and became a partner in early 2005. Since receiving his commission as a BC Land Surveyor in 2000, Patrick’s focus has been in the field of engineering and cadastral surveys within the Lower Mainland, ranging from small, single-family residential projects to large multi-unit strata property developments. Pat is proud to lead Bennett’s team of well reviewed land surveyors. 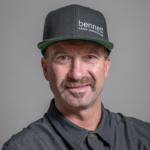 John Franko has been with Bennett Land Surveying Ltd for over 15 years and became a partner in early 2014. John spent the early part of his career surveying the steep and rocky terrain of the Sea to Sky. Since receiving his commission in 2011, he has managed jobs from 650 acre residential lots to the surveying of the Sea to Sky Gondola in Squamish. Apart from covering all aspects of the survey profession, if you have steep, rocky terrain, John can get the job done on time and on budget. 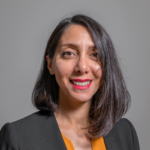 Nazanin Bookani has been with Bennett Land Surveying Ltd for over 6 years and became a BCLS in 2021. With over 10 years of experience, Nazanin has been involved in numerous land development projects mostly large multi-unit residential, commercial, and mixed-use strata property developments, air space subdivisions, volumetric charges and lease plans. 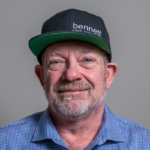 Rob Adriaensen, BCLS, has been surveying since 1986 and with Bennett Land Surveying for over 26 years obtaining his commission in 2016. 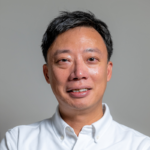 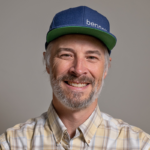 Tyson Cotnam has been with Bennett Land Surveying since 2005, recently becoming a partner in 2014. Tyson received his commissions as a Canada Lands Surveyor in 2010 and joined the  Association of BC Land Surveyors in 2011. His services and expertise include the subdivision and development processes in both rural and urban areas, ranging from small scale residential to large scale multi-phased air space-strata developments, Aboriginal surveys and utility rights of way. 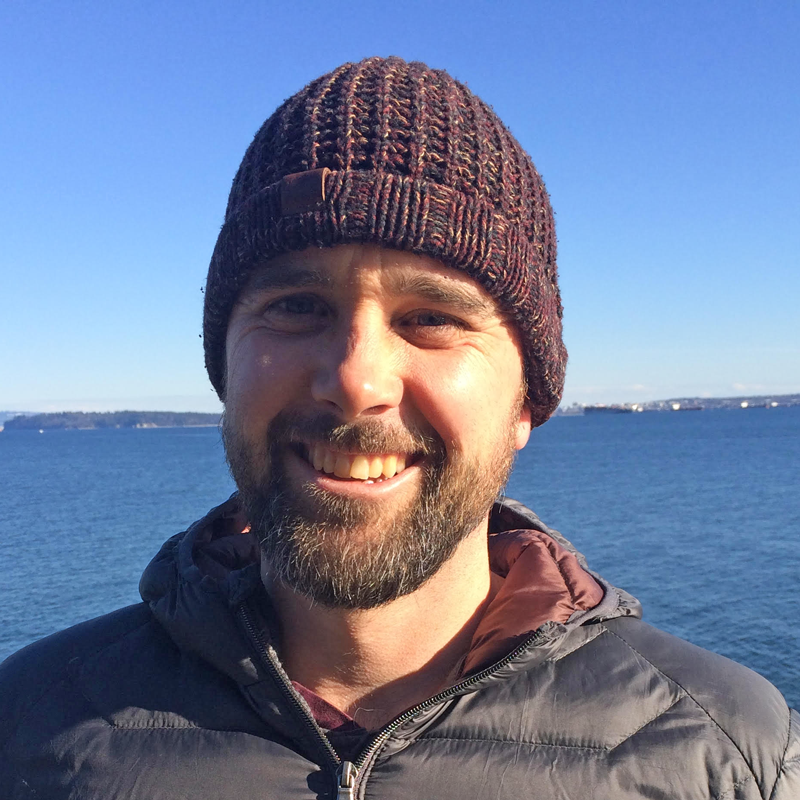 Danu is a BCLS and brings unique skills to the Bennett Land Surveying team. He is the office Manager for our Nanaimo office. Prior to joining Bennett, Danu worked all over Alberta for a large engineering firm providing various surveying services. Danu’s focus has been Legal, Construction and Unmanned Aerial Surveys. 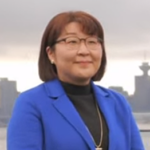 Haemee started her career in land surveying at Bennett in 2011 and became a BCLS and a partner in 2020. She has earned her experience in land development from residential to mixed-use development throughout her career. She has worked on numerous strata and air space projects and offers her service in the Lower Mainland and beyond. 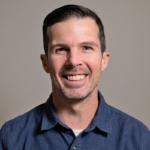 Trevor Hutchins has been with Bennett Land Surveying since 2003, he earned his BCLS commission and became a partner in 2020.  The majority of Trevor’s experience is in construction surveying and monitoring, ranging from multi tower projects and infrastructure such as  the Millennium sky train line, to single family residential projects. 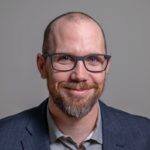 Todd started working with Bennett Land Surveying in 2019 and became a partner in 2022. He has been involved with the Geomatics industry for the past 20 years. Todd spent the early part of his career working in Alberta where he received his Alberta Land Surveying commission in 2017. Todd’s experience is primarily focused in infrastructure, construction, and Unmanned Aerial (UAV) Surveys.

Devon Pallmann has been surveying in the Fraser Valley for over 25 years. His experience and local knowledge will be a valuable asset to any project you decide to undertake. 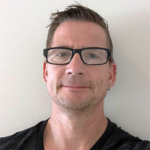 Mike represent both growth and experience for Ben.g. Previously he was owner and director of Terra Pacific Land Surveying since its inception in 2003. Since getting his BC Land Surveyors commission in 2004 he has overseen many types of surveys including legal, engineering, topographic and construction. 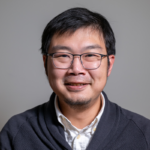 Andersson is part of Bennett’s continued effort to add professional BCLSs to the team and tradition of growing from within. With a decade of experience in land surveying, Andersson received his official BCLS commission in 2021. He is experienced with surveying for residential developments and construction surveys. Small and medium size residential projects are his foundation and Andersson enjoys working on large airspace and strata projects. Other than working across the lower mainland, he has worked in Alberta on pipeline projects. 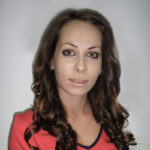 Yana Simeonova has been in land surveying  industry since 2006. She received her BCLS commission in 2019. Yana has been involved in various survey projects including  legal surveys for subdivision, small and medium size residential , commercial, and mixed-use strata property developments, topographic and construction surveys.

Get Your Free Quote

Since then Bennett has grown to have 7 offices and over 60 employees. 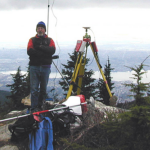 Neil’s surveying career took him around the world in a professional capacity including North America, South America and Saudi Arabia.

Neil retired from Bennett Land Surveying in 2015. He still visits us often and provides valuable advice as a business mentor. Neil has been recognized as a Life Member in the Association of BC Lands Surveyors, and he continues to perfect his photography skills – Neil Bennett Photography. Neil is proud to see how Bennett has grown into a firm of well reviewed land surveyors. 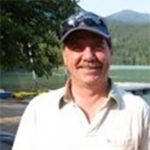 Mike Shaw has worked in the survey profession for over 35 years. He earned his diploma in Surveying Technology from BCIT in 1973 and was commissioned as a B.C. Land Surveyor in 1988. He has experience with a wide range of engineering, hydrographic and legal surveys. Mike applies his expertise to major land development projects that include subdivisions (conventional and air space). 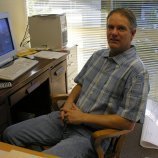 Michael Seitz has been involved in the surveying profession since 1976 and was commissioned with his fellow BC land surveyors in 1985. Throughout the years he has gained experience in managing topographic mapping surveys, mineral claim, utility right-of-way, construction, legal, and GPS control surveys. Mike has worked in remote areas of Canada, the U.S., Africa, Saudi Arabia, Venezuela and South America. Mike is grateful to have been part of this team of well reviewed surveyors. 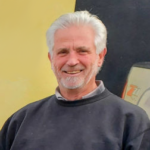 George Smythies along with his business partner Terry West offered professional land surveying services in Nanaimo and the surrounding areas for decades. As experienced Vancouver Island surveyors they laid the foundation for Bennett Land Surveying in Nanaimo. 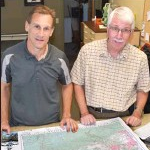 Henk (Hank) was a professional land surveyor in Kelowna and area for over two decades, he retired in 2019 to send more time exploring the Okanagan but not before supporting Bennett’ Wayne Brown in learning about surveying the area.

Larry served Gibsons, Sechelt, Gambier Island, Keats Island and the surrounding area for well over 30 years and his local knowledge aided Bennett in providing efficient, thorough and cost effective solutions to the area. We are proud to cary on Larry’s legacy of land suveying the Sunshine Coast through our Gibsons office.

Start a project with us.